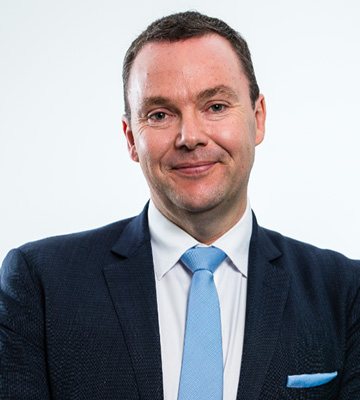 Matthew Cossey commenced as Chief Executive Officer of CropLife Australia in January 2011.  CropLife Australia is the national peak industry organisation representing the plant science sector in Australia.  He also serves as a Director of the Agricultural Biotechnology Council of Australia.

Prior to joining CropLife, Matthew served as a senior executive and a member of the Australian Executive Leadership Team for one of the world’s leading defence and technology companies, Raytheon.  Before entering the private sector, he was a senior official and campaign director for a major Australian political party, a position he held for more than six years. He was Chief of Staff and Defence Adviser to the then Federal Shadow Minister for Defence from 1998 to 2002 and before that worked as a general political adviser. Prior to his roles at Parliament House, Matthew worked in the Commonwealth Public Service following his tertiary studies in Canberra and Sydney. He is a member of the Australian Institute of Company Directors and has served on the Boards of AFL Canberra and the CLC Group.